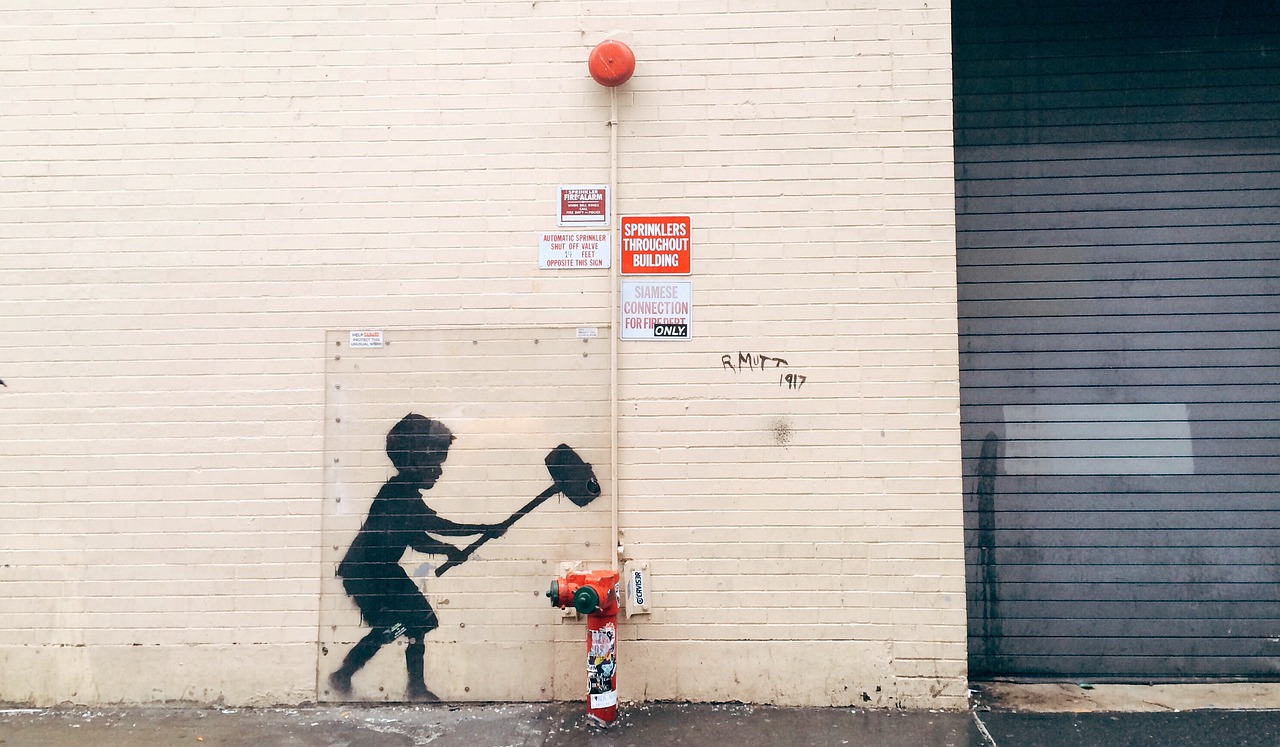 The high end fashion chain have sparked backlash from the famed street artist Banksy for apparently not getting any permission for using his artwork on a newly launched collection. The fashion chain claims to have collaborated with a street artist licensing company Brandalised to use the pieces but this does not seem to be the case with a post from Banksy encouraging shoplifters to help themselves to the store in Regent Street. This has caused Guess to close the store and cover up their front window display. I will follow developments closely with a popcorn in hand.

As far as I am aware and according to his website, Banksy does not license his pictures but I might be wrong.

I recall noticing Banksy’s earlier artwork in early 2000s while walking along South Bank along the thames and being curious of the spray painted mice dressed as butlers or waiters. At that time, I was studying at London South Bank University and was walking in the evening with my sister. It was years later when he started getting more press coverage by sneaking his art pieces into the National History Museum, Tate Modern and National Potrait Gallery. I have been a fan ever since and even bought his books and his film “Exit Through The Giftshop”. I even created an android app featuring some his work.

His pieces are well sought after collectibles and he continues to wow many with his stunts. His most recent was travelling into war torn parts of Ukraine and spray painting some of his art work there.