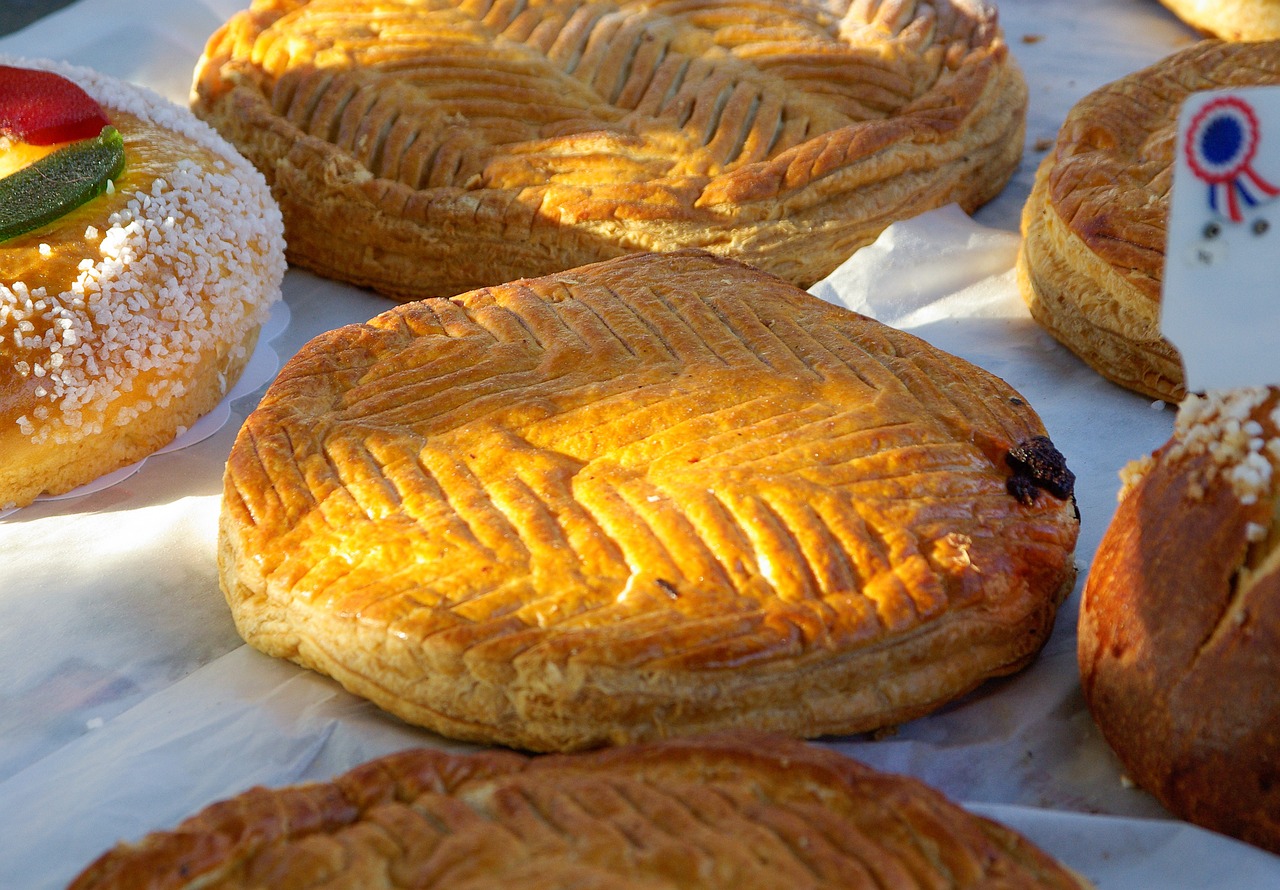 I was curious when I saw the bakeries and shops selling cakes with a paper crown and eventually found out it was Galette de Rois or translated as King Cake. Traditionally in France, it was eaten on the 12th day of Christmas on 6th January.  It is to celebrate the Epiphany, a religious feast day commemorating the arrival of the Three Kings to where Jesus was born.

Inside the cake, there is a small hidden trinket known as fève. The individual that is lucky enough to find it in his slice will be declared king or queen of the day.

The stores do start selling it earlier even before Christmas and the purchase usually includes a paper crown for the lucky one to wear after discovering the fève. I have seen many different trinkets being sold with traditional christmas symbols to characters from Harry Potter and Star Wars.

The ones that I bought are puff pastry filled with frangipane but there are many variants from Apple and Nutela fillings. It differs by regions in France as well. My kids were not big fans of the Frangipane one and I am sure they will prefer the other variants and versions.