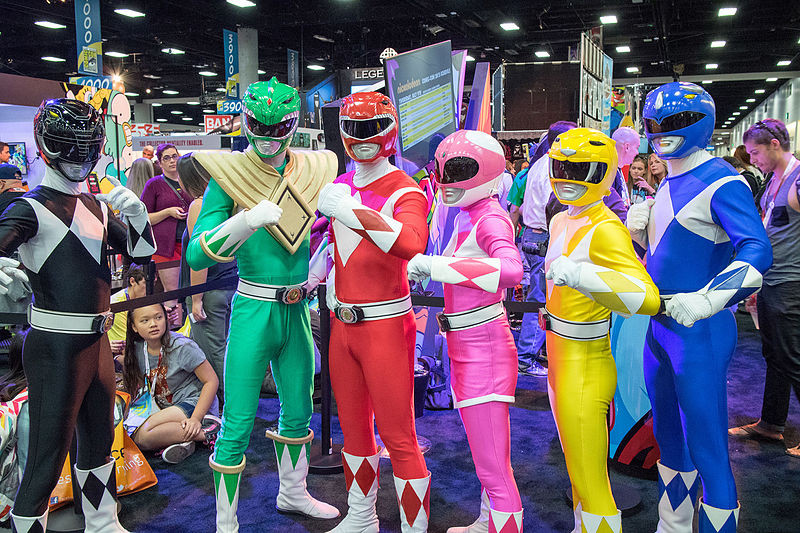 During my primary school years before Disney Channel arrived, national TV in the afternoon after school and weekends were filled up with a mix of cartoons and kids shows from Japan like the live action Ultraman and western cartoons like Captain Planet…. One that occupy a large chunk of my memory bank of my childhood years is Power Rangers. Originally from Japan although I never got a chance to watch the original, the show was adapted as an American series. I just learned that they re-used most footage in season 1 with the evil Rita Repulsa played by the original Japanese actress being dubbed.

Rewatching some parts briefly on Netflix with kids during their morning breakfast, I started to realise how diverse the cast were. The toys were a big hit too with the most popular kids boasting having the full collection. McDonald’s Happy Meals were giving away toys with their figures to coincide with the cinema release of the movie. Thanks again to my dad who almost got me the full Happy Meals set which I finally completed a few years ago by purchasing the Yellow Ranger figure from eBay. Additionally, I collected cards of the characters from vending machines and almost completed the full set.

Did you know Power Rangers got briefly banned in Malaysia in 1995 for using the word Morphin. This is because it is bad influence to kids by associating it with the drug Morphine. Although I believe it is harmful entertainment, I am sure there were more forces in action behind that decision. It finally did return on screen and I recall official merchandise censoring the word with black marker pen. I was even lucky enough to watch them live in Malaysia during their wordwide tour after winning a writting competition for The Star newspaper. I attended it with a childhood friend and his family. They even help resold my spare ticket at the gate.

Sadly, I never followed the series beyond the original 5 as I guest I just grew out of it. However, thanks to the joys of having kids, I manage to re-discover one of my favourite childhood series. I promised my son that he can have my Megazord when I manage to get it out of storage back in Malaysia if my parents haven’t given it away yet. This will be probably another toy that I received from my dad than I am handing over to my lucky son like some of my lego bricks. If Lego decides to release a Power Rangers set, please reserve one set for me!